ROWEN Pillay, the owner of a prayer and spice shop in Stanger, thought his business was finally doing well. But during the unrest, his shop was looted three times in one day. Pillay, 29, opened Aum Shakti Prayer Goods and Spices Stanger at Ushaka Mall Stanger last February. “It was my dream to own a prayer goods business as I am staunch in my religion. Last year, just before the lockdown, I opened the shop at the mall. But a few weeks later, the country went under a hard lockdown. Since reopening in June, I have been pushing hard to recover financially." He said business picked up in December but last week's unrest set him back again. “Because business was slow at the start, I did not get insurance. I was waiting to save enough money. When my shop was hit last Monday, I could not believe it. I did not think a little prayer shop would be affected. “The looters entered the mall because they wanted to get to the grocery and the liquor stores but because my shop is at the entrance, it was also targeted. They broke the glass and looted my shop three times – in the morning, the afternoon and at night.” He said about 40% of his stock was taken. “This may seem like a small percentage, compared to what has happened elsewhere, but what was taken, to me, was a lot of stock. They also took the sound system, cigarettes that I kept behind the counter, camphor and ashes. A few murthies (statues) were destroyed. “I am the sole breadwinner and I have two elderly parents. The business was our bread and butter. What’s happened is heartbreaking.” Pillay said he had since cleaned his store and was waiting for information from mall management on when he could reopen. “As much as I am hurt and disappointed by what has happened, I am choosing to move forward and concentrate on rebuilding.” The mall management did not comment at the time of publication. Brandon Moonsamy, 24, who worked in a superette in Stanger, said he was stressed after he lost his job. “I prayed to God to keep our shop safe but God had other plans I guess. Last Tuesday, our shop was targeted and since then, the owners said they were unsure if they could reopen. I don’t know what I am going to do now because I worked to provide for my eight-month-old child. I plan to head out to other businesses this week to see if I can get a job elsewhere.” The KwaDukuza Mall was also damaged during the unrest. Vivian Reddy, the mall’s developer, told the POST there was minimal damage and they were ready to reopen. In a statement posted on Facebook on Friday, Reddy, said: “On Mandela Day, it is important to reflect and remember the values, teaching and philosophy of Nelson Mandela. “In the past week, panic and fear roamed our streets as we witnessed violence, looting, and destruction of our infrastructure. This caused sleepless nights and mayhem. “Whilst the devastation will forever linger on in our memories, we can take comfort in the coming together of our people of all race groups to support and protect each other. This highlights the resilience of our nation. “Mandela Day this year is important as we remind ourselves of those strong values as we embark on our journey of re-building, to restore faith in our people, especially the youth and the investor communities. South Africa and its citizens need to come together to rebuild our nation, our economy and our legacy.” 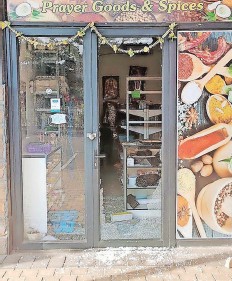