‘They even stole prayer lamps’

IT’S the end of an era of trading for some old businesses on South Coast Road in Clairwood. Some of the business owners have said they would be unable to recover from the losses after looting last week. Nithia Mudaly, the owner of KN Archary Jewellers, said the business was started by his father-in-law in 1947. They specialise in custom handmade jewellery. “We were robbed of every single thing. There was nothing that we could salvage,” said Mudaly. “Despite having three security gates to the premises, these looters managed to somehow cut them off and steal them last Monday. They also gained entry into the premises and took the jewellery, prayer lamps and statues. These people also took the machinery that was used to make the jewellery as well as the shelves. “The following day, when the unrest quietened down for a while, I went to the business. We managed to place burglar guards on the windows and doors. It was devastating and heartbreaking to see our business destroyed. I never expected this.” He said they also had an internet café on the premises. “They took all four computers, three printers and the chairs.” Mudaly said their insurance company had told them they were not covered for riots. “After so many years of paying our premiums, this is what we were told. So how will we ever rebuild even if we wanted to? We rather close up as we don't feel safe to operate any more.” Mudaly said he had three employees who depended on the business to take care of their families. “Now it is time for the government to stand up and to help all those that have been affected. They must also focus on the smaller businesses, and not only the big businesses who can rebuild themselves.” Sipho Ngoma, who had a cellphone repair shop and salon for 13 years, said: “Where will I get money to buy my equipment to start again? “I am a small business. I cannot afford to insure it.” Ngoma said among the items stolen were salon equipment and cellphones that belonged to customers. “This is my only income. I have children who rely on me. Now I am sitting at home and I don't know what I am going to do.” Juan von Dyk, who worked as a general assistant at a café in Clairwood for 15 years, said he was uncertain if the business, which was also looted, would reopen. “The same businesses and owners that provided their services and fed the community were attacked. To date, these guys are still trying to find whatever they can. “If the café does not open, I don't know where I will find another job,” he said. 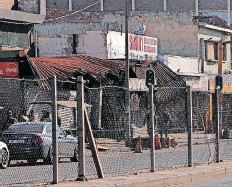 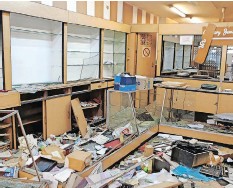