THE owners of some businesses in Isipingo are uncertain if they will reopen, but others are determined to get back on their feet. Sasthira Beebaasoo, the owner of Sonshe Fireworks, in Bally Road, Isipingo Rail, said the business was started by her parents 27 years ago. On Monday, looters removed two gates, entered the premises and stole fireworks, cash registers and sound equipment. “They took everything. It did not even make sense that they stole fireworks,” said Beebaasoo. “We felt disgusted by their actions and upset to see everything we worked so hard for over the years been taken. They even burst fireworks as they were leaving and there was nothing we could do to stop them because they arrived in numbers. “We called the police for help but during each call, we were told they were either on their way or busy. After a while, our calls were not answered.” She said the business, which offered part-time work to between 10 and 30 people, was not insured. “We will have to bear the brunt of the losses incurred. I don’t know if the business will be reopened or if we even have the finances to start all over again. At this stage, I don’t even know if the government plans on compensating businesses. What has happened is not our fault. It was not an ordinary robbery. It was related to the government and politics.” Ismail Omar, the owner of the Farouk Centre and the Khayyam Centre in Isipingo Rail, said he intended to restore the properties. The centres were initially blocks of flats but were converted to businesses in the 1990s and rented out. Khayyam Centre, which had about 20 shops, was looted and burnt, while Farouk Centre, which had about 80 shops, was looted and one shop was burnt on Friday. Clean-up operations have started. “I believe in empowerment. That’s why I opened the first centre for small businesses of which 90% are blackowned. My focus was primarily to ensure people were able to work and provide for their families. “I also believe that we will overcome. Life is not one of smooth sailing, but with patience and determination we can get up and walk again.” Omar said he met with the store owners and would assist them to restart. “I knew from the start this was politically motivated. But it’s the small businesses that have to pay the price of the destruction.” A sales assistant at a hardware store in Isipingo Rail said he was concerned about his future. He was not certain if the shop he worked in would reopen. “They stole items from the hardware store and burnt the premises. I worked there for 20 years and I was able to feed my family with that salary every week. “Almost every business in this area has been affected, so I can’t even look for a job here. But I will continue to pray that God will open a door for me and for all those that are suffering.” Meanwhile, Toshimitsu Imai, the chief operating officer, Africa region, of Toyota Tsusho Corporation and the general manager, Africa support division, of Toyota Motor Corporation, wrote to the eThekwini mayor about the violence. Toyota South Africa has a manufacturing plant in Prospecton. Imai said they were shocked by the images of looting, destruction of property and lawlessness in the city. “A key priority for Toyota is the safety and welfare of our employees, their families and the communities within which we operate. “The safety and harmony within this ecosystem is a fundamental value we strive for because it enables us to be a successful business and thereby contribute to the communities and economies within which we operate. “Unfortunately, the incidents in the city have left us feeling very uncertain about the future of our business in KZN. “Our manufacturing operations in the south of Durban were forced to close and remain closed since Monday, July 12. “We are uncertain when it will be safe enough for us to resume operations. “This closure jeopardises Toyota South Africa’s (TSAM) future sustainability as they embark on their recovery following the Covid pandemic.” He said export volumes into Europe have started increasing as their economy recovered. “The loss of production over the last week means that TSAM will more than likely lose some of this business to one of our other Toyota affiliates because other European customers will not wait for their orders. Built-up vehicles destined for the exports market also cannot be shipped due to the closure of the port. “The closure of the N3 to Gauteng meant that TSAM was unable to deliver vehicles to customers in Gauteng. Thus, we expect TSAM sales to drop by as much as 10% in July.” He said TSAM was in the final stretch of preparing for the launch of its first locally produced new energy vehicle later this year. “This is a graduation project for TSAM to demonstrate its ability to produce other alternate energy vehicles in Durban. However, given the uncertainty around the unrest, they risk missing key deadlines and the opportunity to challenge for other new products. “While the local management team have been working closely with the leadership of the city, they are unable to provide us with any clear direction/ plans on how the city intends bringing stability and order back to the city. “This is a key decision element for us when deciding on new investments. “Currently we are working with the local management team to plan for a new replacement model for the Hilux. We are still in the planning phase. Thus, the time of the unrest is very unfortunate.” He said what would assist them were counter measures to bring the issues under control and then rebuild the economy. This, said Imai, would also assist them to assess their plans. 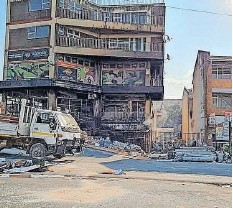 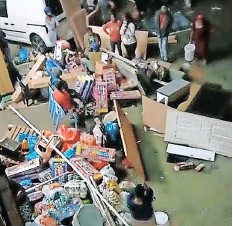