Dad’s legacy goes up in smoke

FOR more than 30 years, Sumashni Moodley’s family ran a tea room in Westham, Phoenix. The business, Moodley’s Tea Room, was started by her father, Moses Moodley. When he died 14 years ago, Sumashni took over. During last week’s unrest, the tea room was one of many businesses in the area that was looted and set on fire. “When I saw the videos and pictures of the looting and thereafter the fire on social media, I was in tears. Within seconds everything my father worked so hard to build was taken away from us. His legacy had crumbled. “That tea room, which we were renting, put me through school, provided food, clothing, and a roof over our family’s head. It was doing the same for my children. Everything was taken – our appliances and stock. The furniture, countertops and cupboards were destroyed. I think the damages were around R700000.” Sumashni said she employed three people and was uncertain about the business’ future. Raven Kisten, the owner of One Stop Meat Centre and Sheray Curtains and Blinds in Stonebridge, Phoenix, said they incurred up to R5million in damages. “The curtain and blinds store was opened 26 years ago. We have three staff members. The damage to that store is about R30000. But the butchery was hit the hardest. All the stock was stolen, including the meat.” Kisten, who went to the businesses on Friday to clean up, said the glass at the entrance to the butcher and the freezer doors were broken. “Office equipment, tills, the counters, machinery and some of our TVs were stolen while others were vandalised. Our ATM, a G4S machine, was broken. The estimated damage to the butchery is up to R5 million.” He said after the lockdown last year, the butcher was closed for a while. “I did not properly recover from that and now I have been hit with looting.” He said he was able to restart the blinds and curtain shop and would retain his three staff. “But in the butchery, we employ 25 staff from the community and unfortunately there will be layoffs. Most of them are breadwinners and it’s sad that their bread and butter was destroyed.” Kisten said the ordeal was also difficult for his family. “It’s stressful. My wife and I built this business to be family-oriented and we took pride in serving our community. I have faith that I will rebuild and restore One Stop Meat Centre.” Meanwhile, a grocery packer at a supermarket in Phoenix, said he was worried he would be jobless after the premises was looted. He has three children - aged 8, 6, and 4. “I did not complete school and this was the only job I could find. I am not sure if I will still have a job.” He said his employer was assessing the damage and he hoped the insurance would cover the damages. “My employer has helped me with a few items to feed my family but he won’t be able to do this for too long. “If I don't have a job, my family will go hungry. I cannot pay my rent and we may get kicked out. “I have not been able to sleep well since the looting. This has affected everyone.” 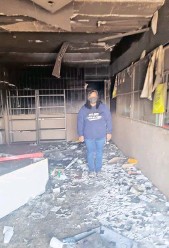 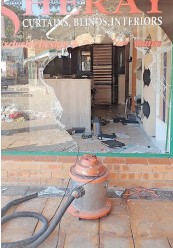 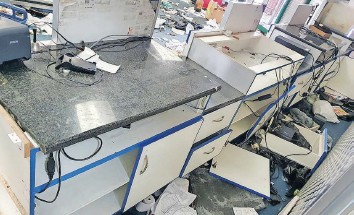