‘The day looters butchered my dreams’

LANCE Ross, the owner of Swinton Road Butchery, is unsure what the future holds. "The butchery has been operating for more than 32 years and I bought it in 2018," said Ross. The father of four, who lives in Chatsworth, said his security company called on Sunday to inform him that people were trying to break into his business. "I rushed to the store but when I arrived, they were already inside and stealing. “At first, I was overcome with anger but that turned into despair. They ripped out everything I worked so hard for. There was nothing I could have done. I watched helplessly as my dreams shattered in front of me. "They stole equipment, fridges and furniture valued at about R250 000 and stock of about R100 000. I still have to pay the suppliers for the stock. I just don’t know what to do.” He said not everything on the premises was insured and the insurance payout would therefore be minimal. "Business was starting to pick up after the lockdown and now with the looting, I don’t have anything, not a single cent to pay my 11 employees. “I don't even know how I am going to pay my bills or my children's school fees." Ross said he would somehow try to rebuild the butchery. “I invested my last cent in this business. There is no other way. I have to start again." Thandolwethu Shongwe, 36, who worked as a nanny for two families in Mobeni, said they told her they no longer needed her services. "They both just lost their jobs and now so have I," said Shongwe. "People have committed crimes that cost some of us our jobs. I just started working in February after being unemployed for years. “My mom told her hairdresser friend that I was looking for work and she suggested I look after her two grandchildren. “She said they were no longer going to creche due to Covid-19. “Then I also began babysitting the hairdresser's neighbour's child. I used to teach them things like animal names and numbers. "While this was not my dream job, it helped me put food on the table. Now that the hairdresser's salon is closed after the premises were looted she is staying at home.” 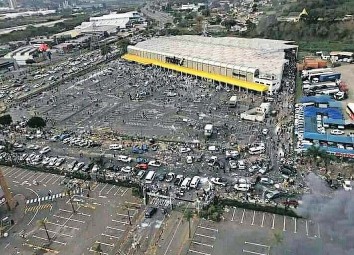 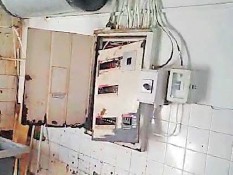