TWO tyre shops in Gopalall Hurbans Road in Tongaat were broken into and looted last week. Ahmed Ismail, the owner of Best Drive Ossie’s Tyres, said he stood on his balcony last Monday and watched as the looters broke into his premises. “I live in a block of flats above my business. Just after midday about 300 people broke into the shop and stole about 400 tyres, computers, card machines, furniture and a freezer. “They carried whatever they could and fled. “I felt helpless and angry at the same time. I could not do anything.” He said a tuckshop next to his shop was also looted and set alight. His family and other tenants had to evacuate their homes. Some members of the community fired gunshots into the air to disperse the mob. “My family and others drove to nearby Maidstone Village. This area has boom gates so everyone felt safer there while the fire was put out.” He said despite the earlier warning shots fired into the air, the looters returned and loaded tyres into their vehicles. “The damages and loss to my business will amount to more than R1 million. I am traumatised after what I saw. Thankfully, a few tyres were left and these can be sold.” He said he cleaned his business that he started 23 years ago on Thursday and Friday. Ismail reopened for a few hours on Saturday. “We still need to get computers and card machines. We hope to be fully functional soon.” Logan Govender, who owns Moons Tyres, said his business was looted last Monday and Tuesday. He said the damage and cost of the stolen items amounted to about R300 000. “They took tyres and computers and damaged the alarm systems and cameras.” His said his eight staff members' jobs were safe. “However, I will have to reduce their working hours and re-strategise until the business is fully operational.” Pravanie Govender, an accountant at Moons Tyres, said: “I have been employed at this company for about five years and seeing it in the condition it was in broke me. “The owner is left in a tight situation. Being an accountant, I know that we are unable to afford overheads. “Our boss has told us that we will not lose our jobs. I pray we don’t.” 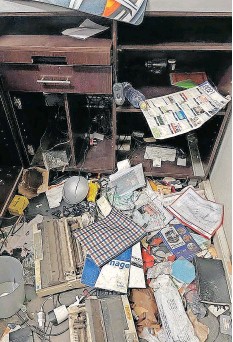 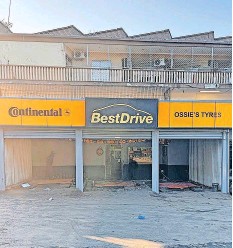